In our laser-photolysis experiments, radicals are generated from suitable precursors by pulsed lasers. The reaction progress is monitored by either time-resolved UV/Vis absorption or laser-induced fluorescence. We use different experimental setups, which allow to cover a temperature range from 100 to 600 K and a pressure range from 10 mbar up to 200 bar. These techniques are used to determine rate coefficients and relative product yields over extended temperature and pressure ranges. The final goal is to obtain a detailed understanding of the elementary chemical reaction and to provide modelers with reliable data.

Schematic picture of the experimental setup for laser-induced fluorescence 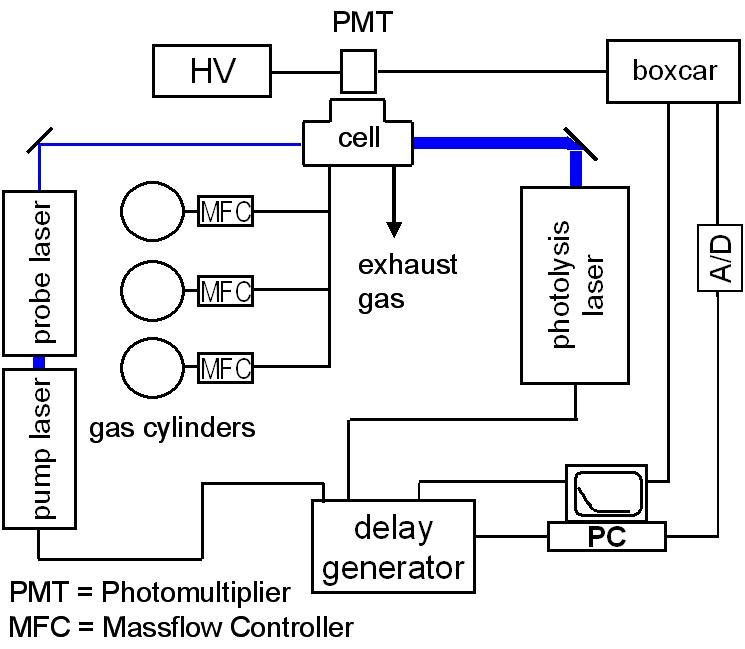 Recent projects with relevance to combustion chemistry include reactions of the NCN radical [1, 2], which is discussed to be a critical intermediate in the formation of NOx under fuel-rich conditions. We also study reactions of OH radicals with closed-shell molecules, because OH is both an important chain carrier in combustion and a major cleaning agent in the troposphere [3-5]. The unimolecular ring-opening of the c-C6H11O radical [6] provides a nice example to study the role of hindered internal rotators in chemical kinetics (see also Statistical Rate Theory). 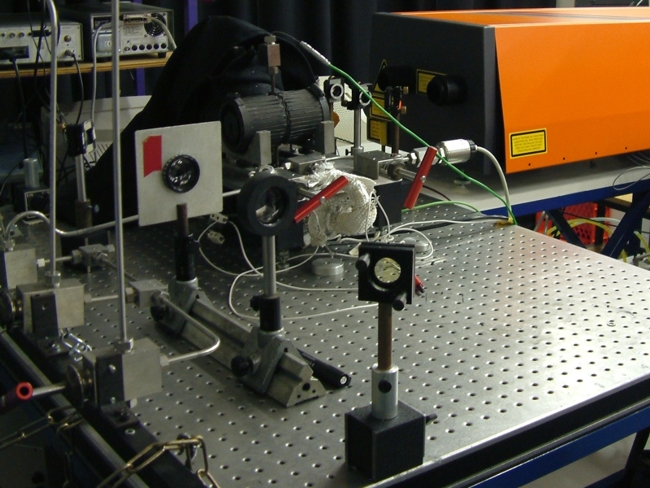 last change: 2016-07-15 KIT – The Research University in the Helmholtz Association