We perform reaction kinetics studies in the gas phase, mostly by combining experimental and theoretical methods to understand reaction mechanisms and determine the temperature and pressure dependence of the rate coefficients for elementary chemical steps. We address fundamental questions in gas phase kinetics [1] as well as problems relevant for Atmospheric Chemistry and Combustion Chemistry.

Many of our experiments are analyzed in detail by using statistical rate theory with molecular and transition state data from quantum chemical computations. We calculate energy and angular momentum resolved specific rate coefficients from RRKM theory or from the Statistical Adiabatic Channel Model. Master equations for chemical and thermal activation are solved to obtain rate coefficients and branching fractions as a function of temperature and pressure. 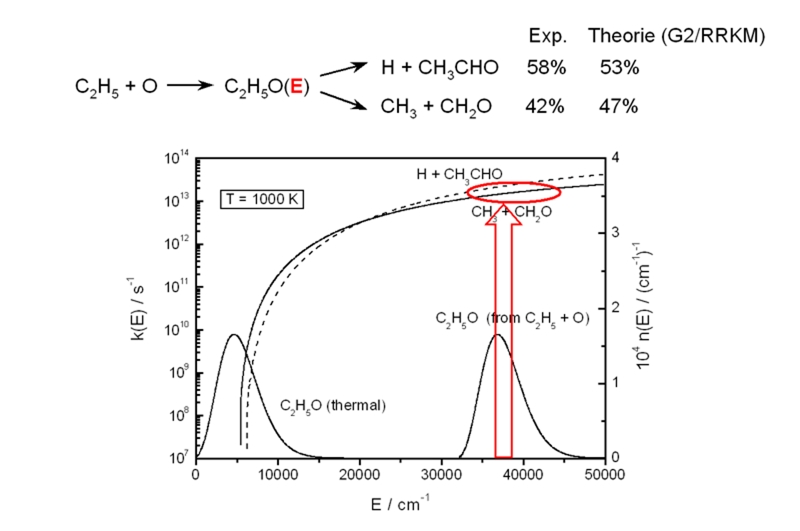 We often combine methodic developments [2,3] with application aspects. Recent works include the theoretical analyses of rate coefficients and relative product yields in the atmospheric degradation of isoprene [2] and in the ozonolysis of ethylene [4]. We have also theoretically characterized elementary chemical steps in atmospheric aerosol formation [5], in NOx formation during combustion [6] and in exhaust gas aftertreatment systems [7]. 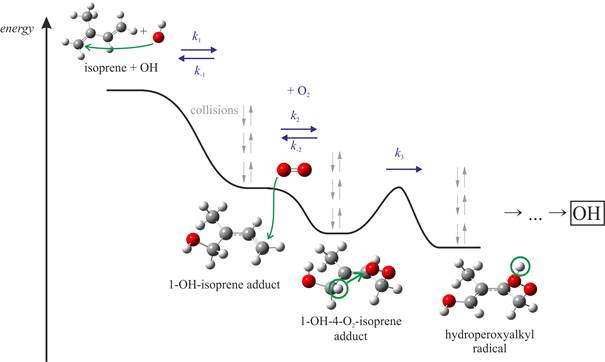