In shock-tube experiments, reactions are initiated by a temperature jump behind a shock wave. The shock wave is generated by pressure-induced bursting of an aluminium foil, which initially separates the high-, and low-pressure section of the shock tube. Temperatures between 800 and 3000 K are accessible at pressures between 0.1 and 10 bar. We monitor the progress of reaction by either time-resolved absorption or mass spectrometry.

Schematic picture of a shock tube 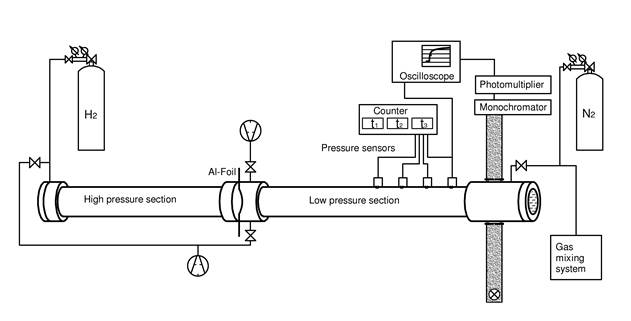 Recent projects include reactions of unsaturated C3 hydrocarbons, which play a crucial role in the formation of aromatic hydrocarbons from non-aromatic precursors in combustion. We investigated e.g. the unimolecular decomposition of C3H4 [1], which leads to C3H3, the propargyl radical. The combination of propargyl radicals, in turn, can produce benzene, the first aromatic ring.  Possible consecutive reactions of benzene derivatives are studied [2] to better characterize the production/degradation of polycyclic aromatic hydrocarbons in flames. High-temperature reactions of NCN [3] are of interest to understand the formation of NOx under fuel-rich conditions (see also Laser Photolysis). Furthermore, we investigate reactions of oxygenated species/biofuels [4,5] to determine or validate kinetic parameters for combustion modeling. 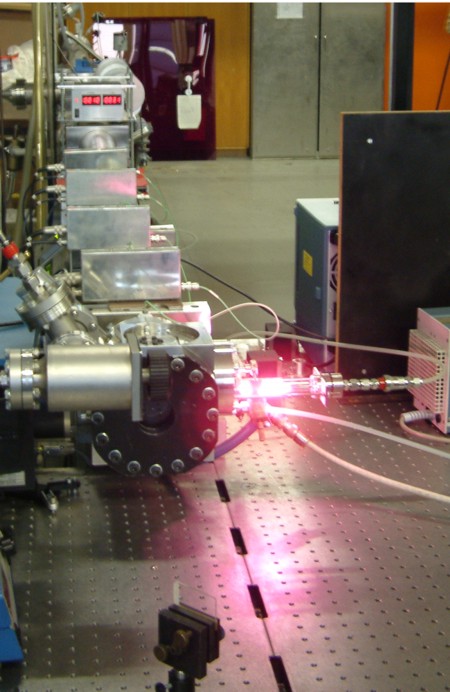